Even The Hopeless Dater Falls In Love

I've only been in love once.

I was on a dirty mini bus on the way to Fowey in Cornwall, sitting on the second row in a seat which contained a seat belt held together by selotape.  If we crash, I will die in waterproof clothing from Millets and the world will never know that I own a pair of Marc Jacobs shoes.
I can hear the faint mumblings of the two girls next to me, but I'm not interested in hearing the universities that they're planning to go to, or the cheesy quotes they've selected for their personal statements. "I am that second mouse!" - as if no lecturer will have watched Catch Me If You Can?!
I should probably socialise - after all, I have 3 more days of searching the coast line for sea anemones and limpets.  But for now I'm content with drinking my service station coffee and watching the countryside roll on by.  It's a proud moment for me.  This time around I only required 4 sugars instead of the usual 8.  This, and the fact that tomorrow I will be exactly 17 and 4 months, means that I must now be an adult.

We arrive in Wadebridge, in some grotty car park with crude graffiti surrounding it.  I turn to Phil and ask him what some of the rude words mean.  I've deduced that he's definitely the best person to ask since last night his vocabulary consisted entirely of "I'm Phil Meak. Check out my 9 inch freak."
But he just laughs.
"Get out of Surrey once in a while," he tells me.  "It'll do you a world of good,"
I have.  I'm in Cornwall!

We're only in Wadebridge because the teachers promised to buy us a drink at a pub.
I'm perched on a corner seat drinking my Diet Coke because I'm the only one under 18.  I'm gazing at the other girls as they sip their vodka limes with ease.  The thought of it makes me feel sick, but little do I know that less than a year later I'd be barricading myself under the kitchen table finishing a whole bottle of JD while my housemates throw soggy toilet paper at the 3rd years.
"Are you cold?" the male teacher asks me.
"I'm always cold," I tell him.
He nods with a smile and turns away.
Lilly leans in.  Her alcoholic breath tickling my ear.  "He fancies you," she tells me.
I might believe her if she didn't say this about every single boy/man/animal that glanced my way.
"He does not!" I protest.
"He's nice to you and horrible to everyone else.  What does that tell you?"
"That you're all horrible and I'm the only lovely one?"
"OK.  Forget the teacher.  What about Jamie?"
I look to the other side of the table where Jamie is sitting.  He's listening to some revolting, girl related story that Phil is telling him, and with his left hand he is pulling the zip of his jacket up and down as if along to some imaginary music.
"Stop it!" I snap.
His head jerks my way and his brown eyes narrow.
"Don't be a spoilt, little girl," he tells me.
As you can probably guess, we don't get on.
I get an urge to throw my Diet Coke at him, but I stop myself.  Once is enough. 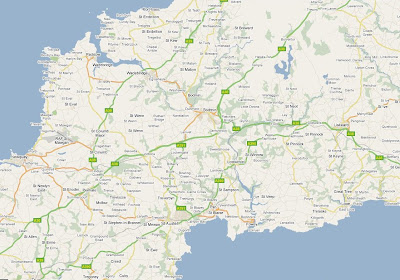 "Lilly wants this beaker filled with water," I grunt at Jamie as I shove the scratched, plastic container towards him.
He puts down his folder on the sandy shore and looks at me.  "Where am I supposed to get water from?"
"The river," I say, indicating to the glistening mass of water in the distance.
"Firstly," he snatches the beaker from my hand, "That's the sea, and secondly, why can't you do it?"
I'm about to say it's because I'm a girl, but realise that it's not really a winning argument.
"Just go and fill it up in the river," I say, trying to walk away.  The wind whistles loudly in my ears and brutally carries sand in my direction.  I rub my eyelids when the granules reach my eyes.
"It's THE SEA!" Jamie yells.
I'm not in the mood for this.  I turn to see if either of the teachers are nearby but I can just about make one of them out on the other side of the sand mound.
"It's an estuary!  Therefore, it's a river!" I practically scream.  He's been a grating, little annoyance the entire trip and I cannot stand it any longer.  "I'll just do it myself!" I say, grabbing the beaker from his clutch and furiously making my way towards the rippling water.
"Oh, come back.  It's a lot further than it looks," he says, his sandy footsteps following mine.
But I'm far too stubborn for my own good and carry on.  My legs have never moved this fast, and yet my destination is not getting any closer.
"Stop," Jamie is yelling after me.
I do stop.
I turn around and throw the beaker.
It hits his shoulder before rolling onto the sand, swaying to and fro in the breeze.
"You are such a stupid, little girl," he tells me.  But I stand there motionless.  I feel too angry to argue back.  "Get over your stubbornness!"  He starts moving closer.  My feet stay rooted on the spot.  "You'd be a lot bloody happier if you just listened once in a while,"
"I don't like you," I say calmly.
But Jamie says nothing.  He's standing a few inches away looking down at me, catching his breath from the screaming.  He moves a little closer.
It's odd - I've never noticed that his hair has golden shades to it in the sunshine.  Nor have I noticed that his nose is dotted with light freckles.
His lips move in closer as if searching for mine.
Please don't kiss me, I think.  I don't deal well with being kissed.
But his lips trace my jaw line, then my cheek, until finally resting on my forehead.  He kisses me.  My entire thought process has escaped me.  All I know is that my hands are cold and there may be some algae in my hair.
"Well, that's really a bloody shame, isn't it," he declares, and walks away.

I watch his silhouette as it fades in the distance and think of what just happened.  My feet move forward a little.  This is odd.  I've never been this tongue-tied before.  Perhaps I should check for concussion.
How many fingers am I holding up?
3.
What day is it?
Wednesday.
What can you tell me about yourself?
Hi, I'm Ella Ivey.  Tomorrow I will be 17 and 4 months, and today, I fell in love.
Posted by Unknown at 7:23 pm